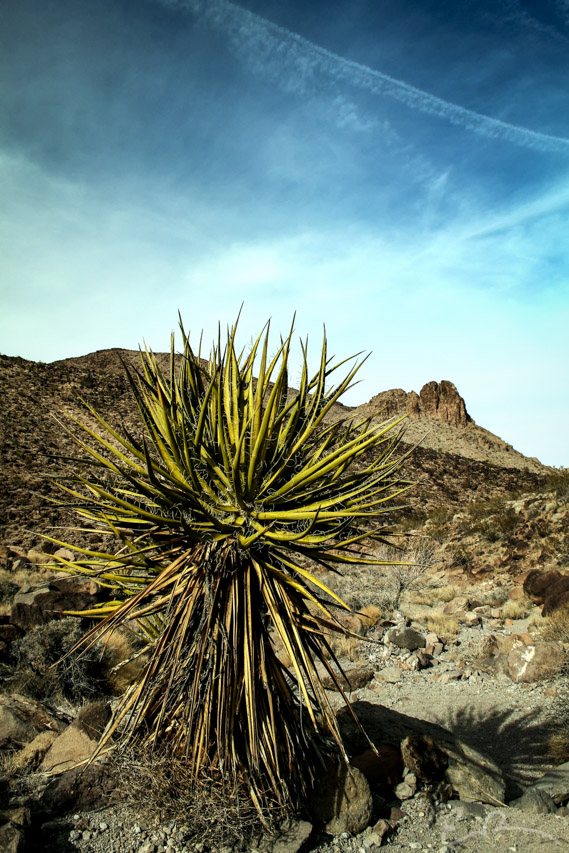 While at the Kelso Depot, I had purchased a book that contained several hikes throughout the Vegas area.  Since our outing to the Kelso Dunes and other Mojave attractions had been such a success, I started taking my daughter on hikes nearly every weekend.  The first hike we tackled was hike through Sloan Canyon NCA.  The goal of the hike was the petroglyphs located there.  While my pictures of the petroglyphs didn’t turn out as I had hoped, I did end up with what I felt was a good shot of this sole yucca.  It stood out to me because it was the only one for as far as I could see.  For post processing I was pretty heavy handed.  The sky was absolutely horrible.  It was almost completely whited out and had very little detail.  To fix the sky, I used a Graduated ND filter which is what made the sky come back to life.  Also used a levels adjustment and a couple other filters to bring out some of the color.

Published in Landscapes Plants and Flowers