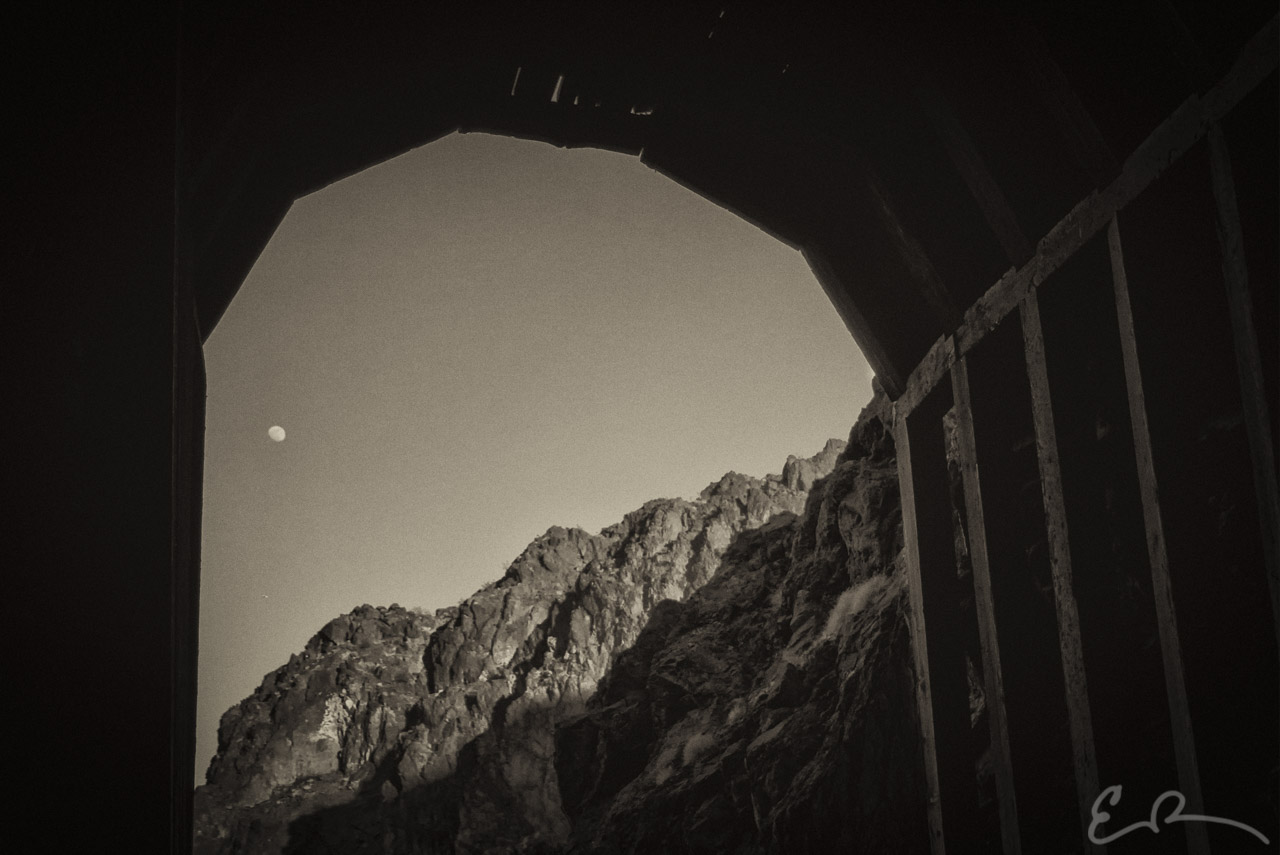 This is my first attempt at exposure blending.  If you mouse over the image you’ll see the “properly” exposed image straight from the camera.  I had planned on performing an HDR with 3 exposures, but since I didn’t have my tripod alignment problems threw a wrench in that idea.  So instead I wanted to try to simply blend two exposures instead of performing an HDR.  When comparing the before and after I think it is pretty plain to see which parts of the image were from the properly exposed image and then overexposed image.  The reason I wanted to blend or HDR was I really liked the look of the timbers along the right of the image.  I like how they direct your eye towards the rocks and on to the moon.

This image was taken along the Historic Railroad Tunnel Trail located in the Lake Mead NRA.  During construction of the Hoover Dam there was a railroad that ran from the construction site to a staging area a few miles west.  Much of this trail takes you along the old rail bed and through 4 tunnels.  This trail is a favorite among locals for walking and riding a bike.  I spent much of this day with my daughter and a co-worker walking from the trail head all the way down to the dam.  Overall round trip was a little more than 10 miles.