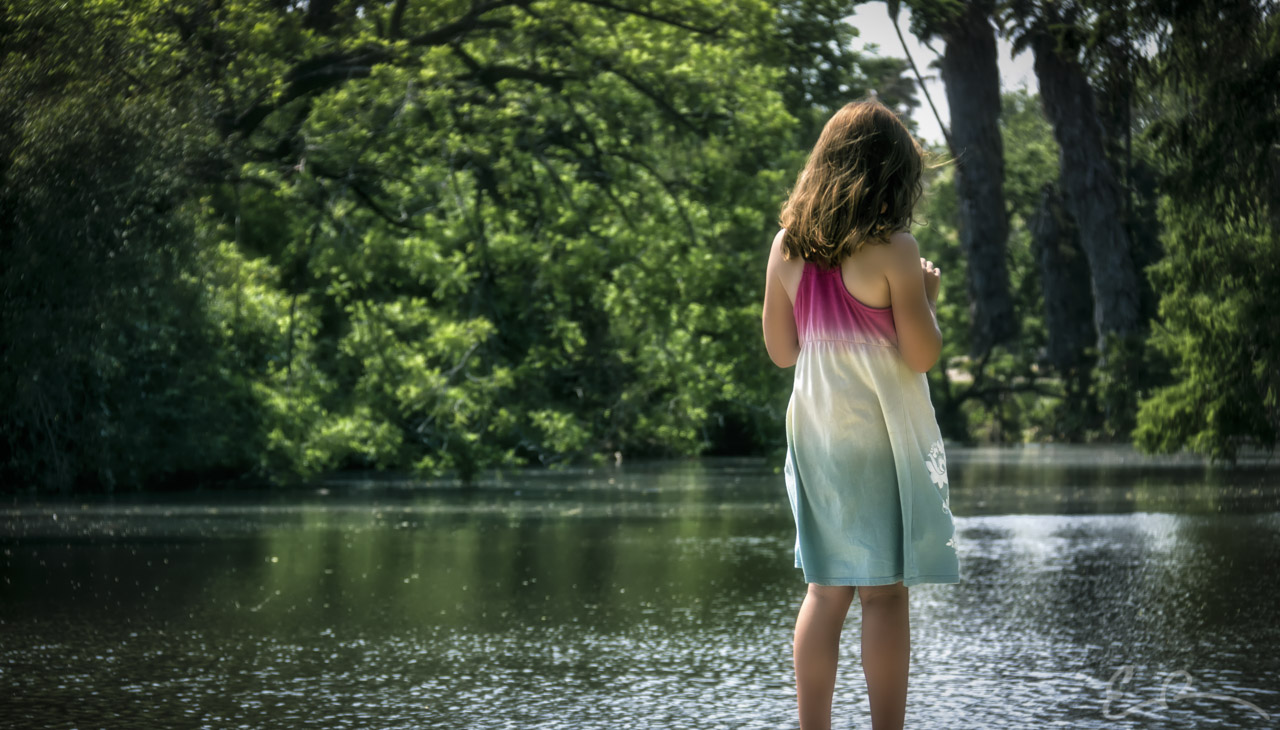 Last one from my trip to the Los Angeles County Arboretum & Botanic Garden.  This photo is a special one for me.  After having walked through the entire arboretum my father-in-law decided to sit down and take a break on a bench which looks out to Baldwin Lake, the lake you see in the distance.  While the two old men sat back and relaxed my daughter went to the lake side and started playing.  Watching her play I would catch her turning around and looking at me to see if I was looking.  Trying to act inconspicuous I put my camera in my lap, extended the articulating screen, and started shooting.  I have a few before this of her looking in the water, playing with another boy, and of her swinging a stick around.  This was the last pose that I took and was amazed by it.  It is one of my favorite shots of my daughter I’ve ever captured.