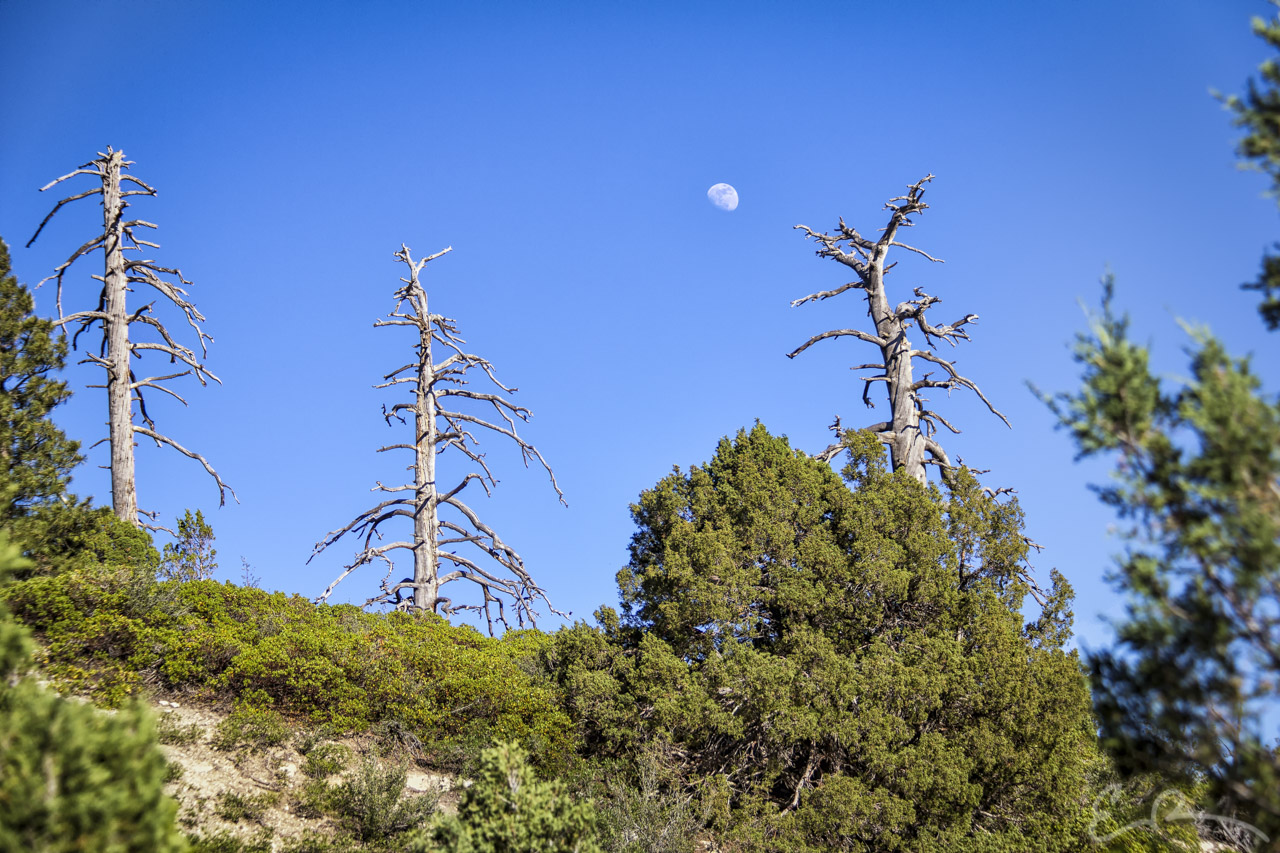 This photo was taken along the Wildcat Canyon Trail in Zion National Park during my daughter’s first camping trip.  My daughter and I had been hiking throughout much of spring and I had teased her about sleeping under the stars.  This was it.  We stayed at the Lava Point campground which is about an hour drive from the main Zion canyon.  It is definitely worth the trip and the views are amazing.

After arriving and setting up camp I wanted to get in a hike before it go too late.  The Wildcat Canyon Trail starts very close to campsite and we covered half of it before turning around.  While we had hiked throughout much of spring we were both out of shape on this day having not hiked any distance in several weeks.

On the return trip I had spotted several of these dead trees up along a ridge and hoped to capture them with the tree in the background.  As we walked along the trail I kept looking trying to get a clear shot and this was one of the results.  I like this one more than the others because of the tree in the foreground on the right edge.  To me it gives it almost a tilt-shift feel.