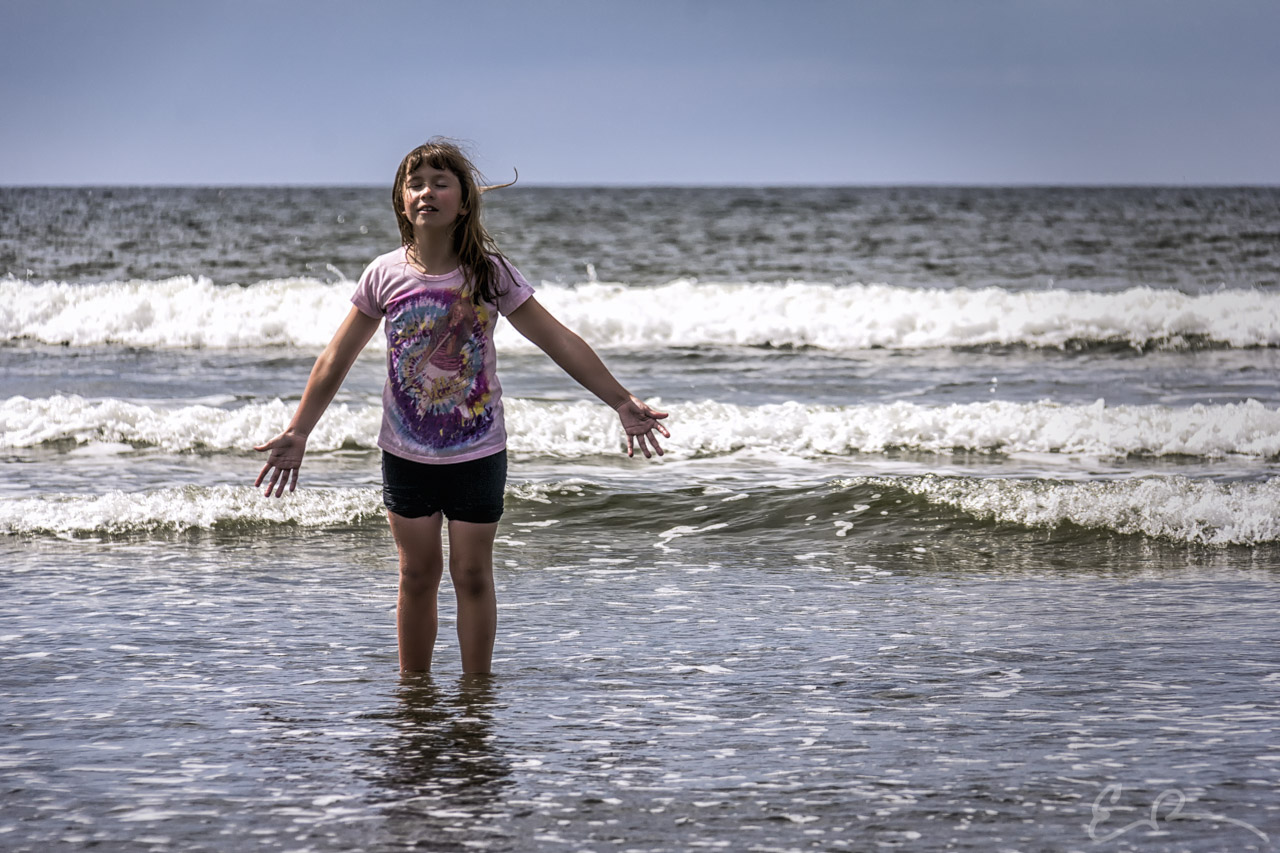 During Spring Break my daughter and I passed by many beaches. Without fail at each and every one she would ask, “Daddy can we go to the beach?”

My answer in return would always be, “Not right now sweetie we’ve got somewhere else to be.” And every time she would reply with a simple “Ok”. Never a deep sigh or any sign of frustration.

Imagine my guilt when, driving south from the Oregon/California border, I realized that I hadn’t let her really cut loose on a beach the entire time. I mean what kind of father takes his daughter on a road trip along the California coast and doesn’t let his daughter play in the sand and ocean?

As I pulled over, Lexi started asking what we were doing. Imagine her surprise when I told her it was time to play on the beach. She couldn’t get out of the car fast enough. Her excitement made me lose all my parental inhibitions. Sure take your shoes off. You want to roll-up your pants? Go for it! Sure head on out into the surf. You got wet? No biggie we’ll change clothes. I really just let her run wild, do whatever she wanted, and she had a blast.

I don’t remember how long I let her play in the surf.  I know that during the 20 minutes I was shooting I took over 200 pictures of her playing and this is one of my favorites.  There is another which I’m on the fence about, maybe I’ll put it up on Monday.