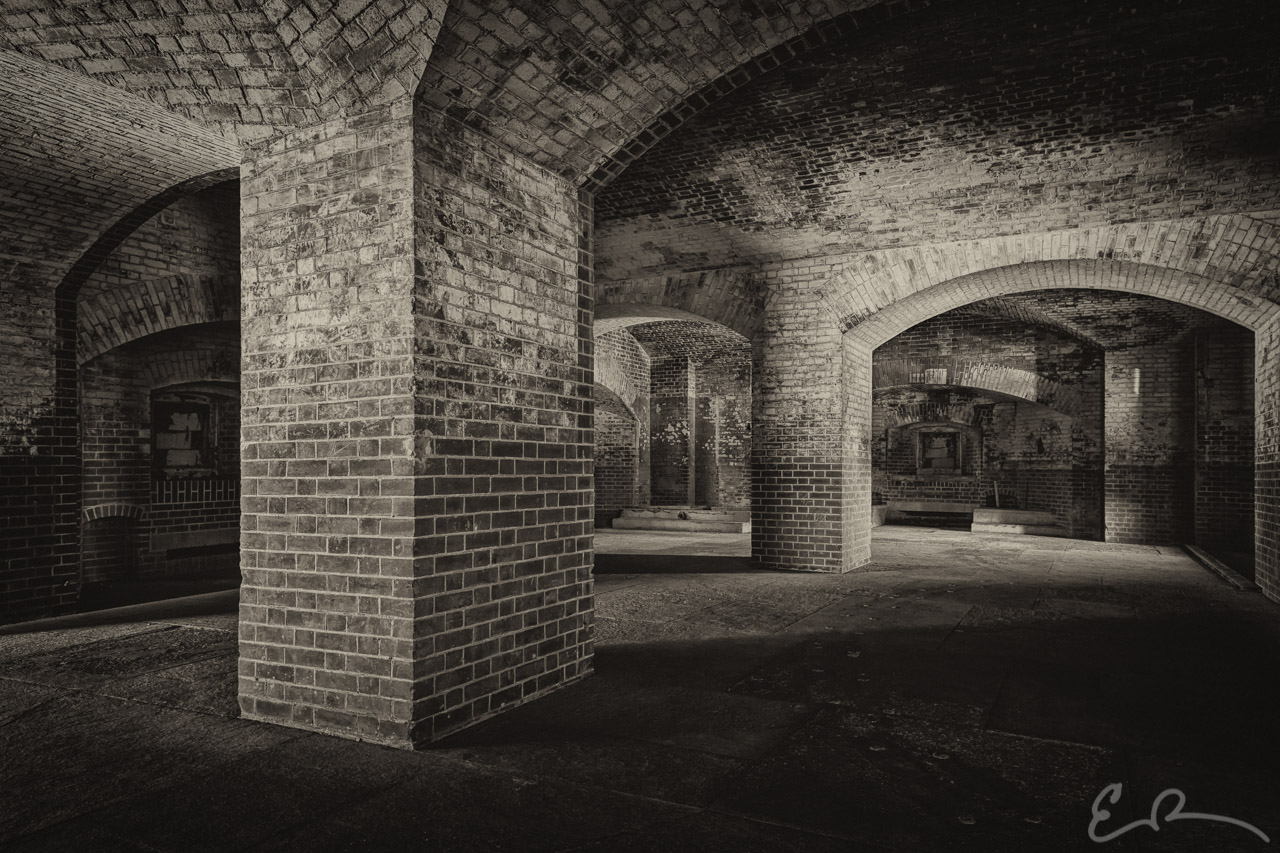 Continuing with my trip to the west coast over the long President’s Day weekend I took the opportunity to revisit Fort Point.  I was last at Fort Point almost 5 years earlier and I captured a very similar shot which you can see here.  This trip I had a much better camera, better lens, and most importantly much more knowledge when it came to photography.  I knew a ton more about composition, bracketing, and photography in general.  While the images are similar they were taken in different parts of the fort, different weather, and different post processing.

On the previous image I wanted to really bring out the grungy, dirty, old part of the room.  Looking back on it now I think I could have done a much better job.  I’d like to think that this version is the answer to that desire.  With this version I wanted to emphasize the history and nostalgia of the Fort.

I started with three bracketed shots of -2, 0, and +2 exposures.  I performed some initial lens correction in Lightroom before sending them off to Photomatix to turn into an HDR.  I took the resulting HDR into Photoshop and used the “Adaptive Wide Angle” filter to get the columns and walls vertically straight, if you roll over the image the change is obvious.  From there I used a series of curves to bring up the back of the room as it was much too dark.  I did the same in a couple different areas with different curves masking them in as necessary.  Once satisfied I added some Nik pixy dust, for global contrast and detail.  Then to Silver EFX for the sephia effect and finished it off with a soft vignette.

I’m much happier with this version that the previous one.  Would love to hear your feedback.