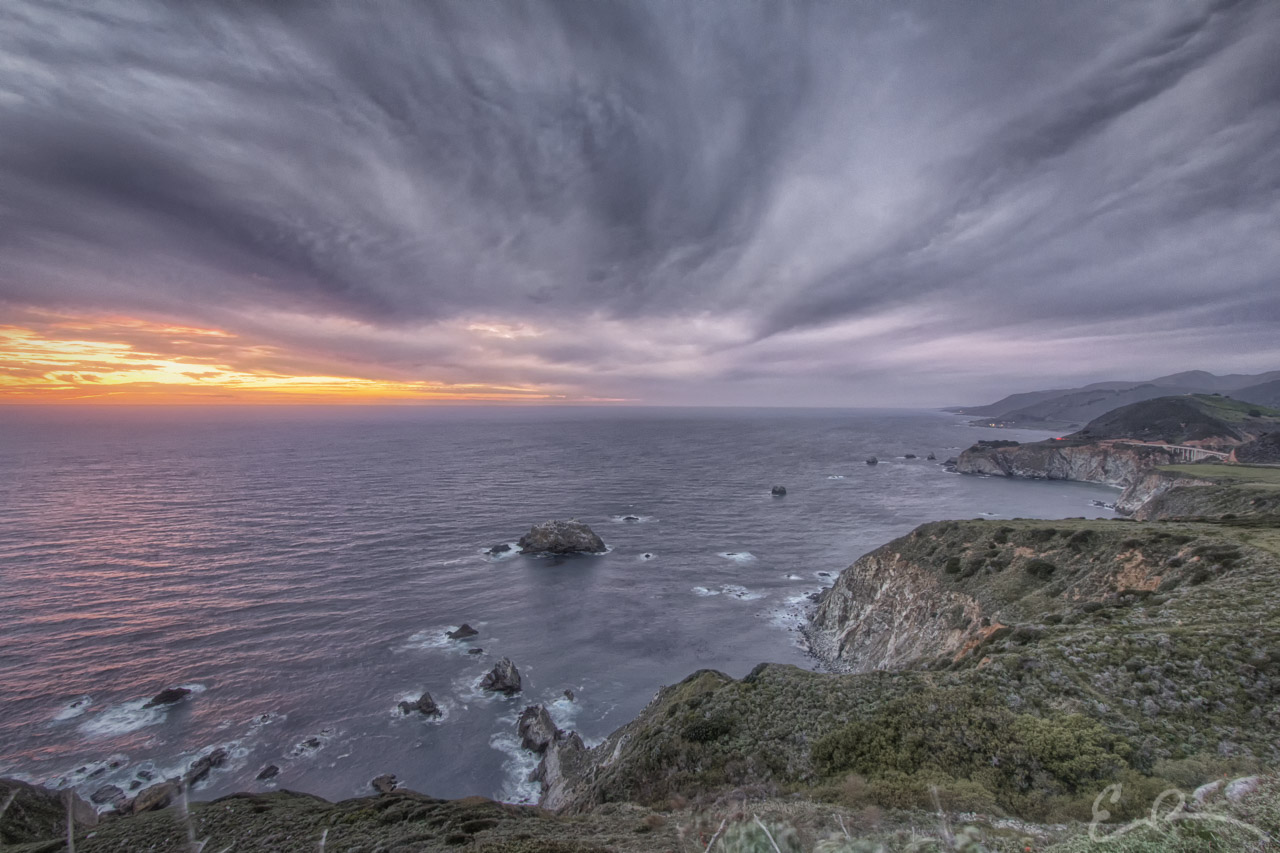 For spring break this year I started the week with some very lofty goals.  I would pack up my car with camping gear, load up my daughter, and we would set out on a camping adventure which would take us along the California coast.  The goal was to travel as much of California State Route 1 (CA-1) as possible using U.S. Route 101 as an alternative when needed.  Overall the trip was a great success.  The original plan called for camping under the stars eight nights, when in actuality we camped for five due to rain.  I got pictures of my daughter at the US-Mexico border, the end of CA-1, and the CA-OR border.  It’s a trip I won’t soon forget.

This is the first, of several, photos I’ll be sharing from that trip.

This is a 3-shot HDR of the sunset from the first of two nights we stayed at Pfeiffer Big Sur State Park, commonly referred to as simply Big Sur.  We were on the way back from Monterey to our campsite when this sunset blew up.  I had thought of stopping at Bixby Bridge for a photo, but the main parking area was already jammed packed with photographers.  I should have known as this bridge is one of the most photographed features along the coast.  Not discouraged I drove on past and about a mile later, just south of the bridge, there was another virtually abandoned pull out.  I setup my tripod and this is what I captured.  If you look closely you can spot Bixby Bridge to the right.

If you do a Google Image search for Bixby Bridge a vast majority of the pictures are taken much closer to the bridge.  I’m very excited to have created an awesome picture from a more unique perspective.  Then again I did get another chance at Bixby, but that is for another day.