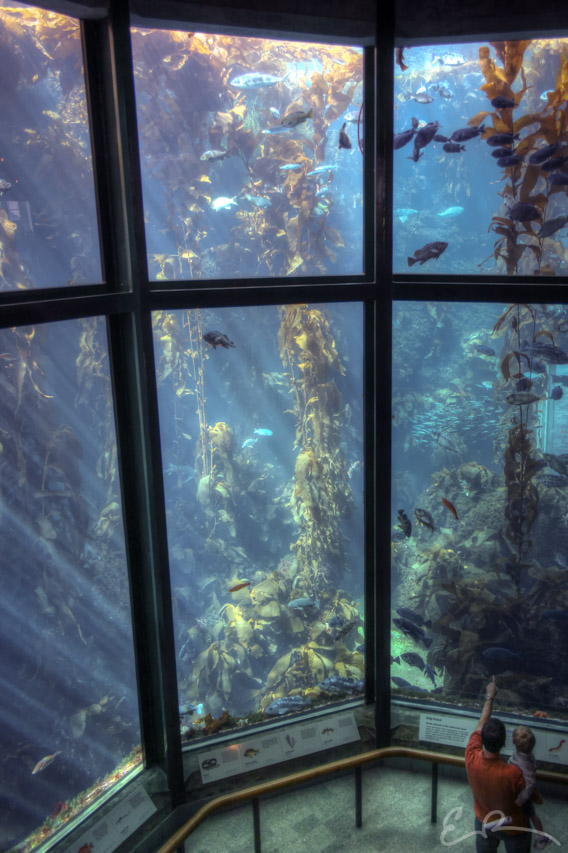 This one has a little story to it.  One reason for visiting the Monterey Bay Aquarium was to see the Kelp forest I had heard about.  The glass you see is 28 feet in height.  I’m standing on a landing in between floors.  I was watching this man with his son admiring the tank.  I snapped a couple pictures of him and had one similar to this but there was some other people in it.  I sat patiently and hoped silently that the scene would clear and the man would raise his arm again.  Luck was on my side as he did indeed raise his arm, the entire area in front of the tank cleared out, and this is the result.  After I went and approached the man, showed him the picture, and asked if he had an email address I could send the image to.  He obliged and when I returned to Vegas I made sure to send him a copy.  This is the shot I like most from the entire trip.