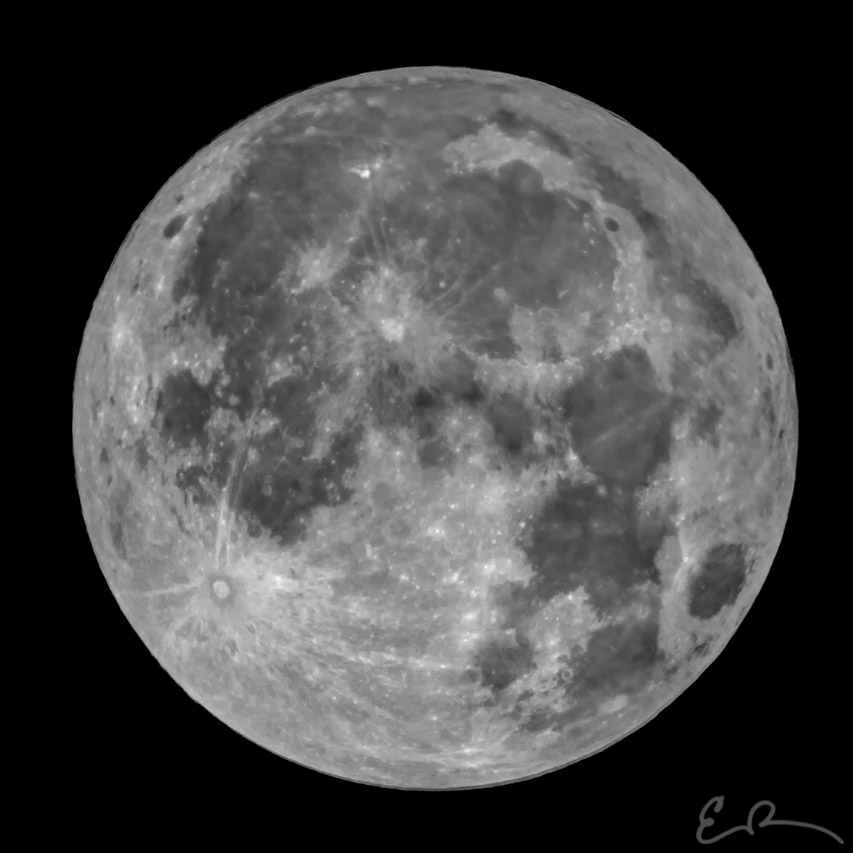 Saying that this was captured using an 18-55mm at a focal length of 49mm isn’t entirely true.  This Christmas our daughter received a telescope from Santa.  On this January night we had it out observing the full moon and I wanted a picture.  This is a projection that was captured by shooting the camera through the eyepiece of the telescope.  The telescope is an Orion SpaceProbe 3 which is plenty big enough for her to get started with.  I had the telescope all setup outside and then just put my tripod into place next to it in order to have the lens look through the eyepiece.  I’m happy with the result.  I wish it were sharper, but I don’t think that is an option with this particular scope and my current setup.  I’ve tried various adapters since this picture and still haven’t had the success I’ve wanted.