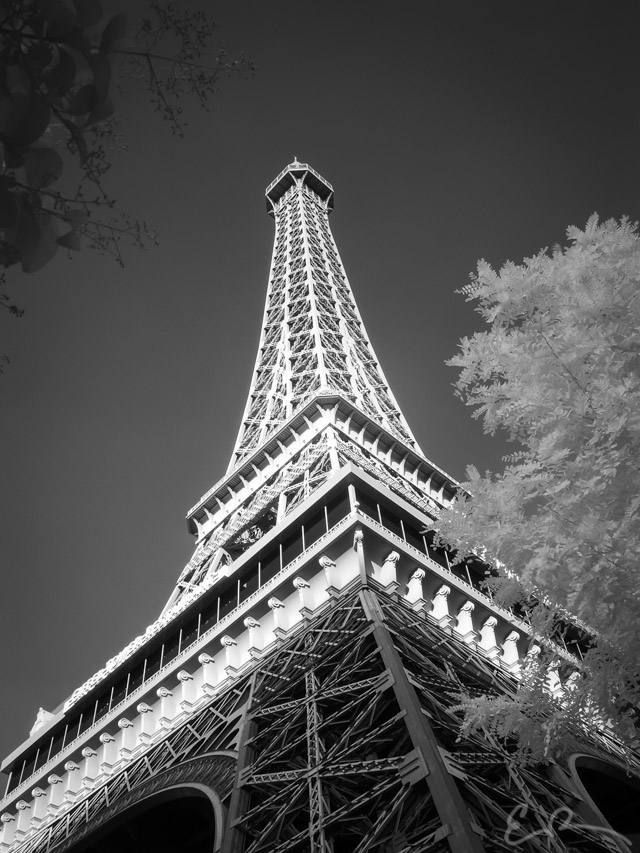 This is my third, and final, shot of the Paris Hotel and Casino taken during my first Las Vegas Strip photo walk.  This photo was taken right under the Eiffel Tower.  By this time in the afternoon the sun had set behind the Bellagio causing the shadow on the lower part of the tower.  This shadow really helps to emphasize the upper part of tower as well as toning down the whites that would normally come from the trees.  The trees in this shot help to break up some of the negative space while not being overly intrusive.