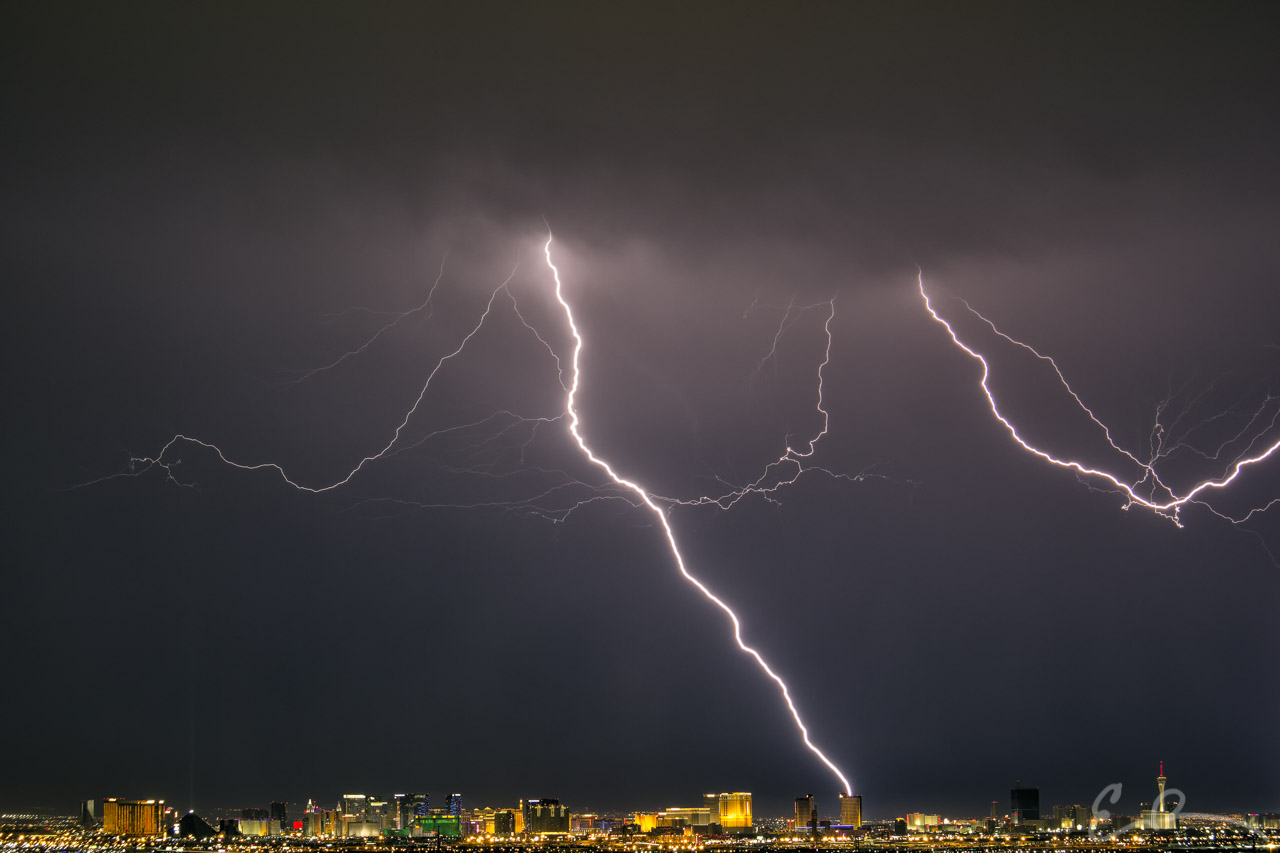 July in Vegas, monsoon season. Humidity streams into the valley from the south/southeast producing huge thunderstorms that can drop a years worth of rain in a matter of minutes.  We had some record flooding this year in northern parts of the valley that made suburban roads look like old desert trails.

Similarly to Lightning Over Vegas, I was at home with friends and saw the lightning and heard the thunder off in the distance.  I grabbed my gear, friends, and daughter, jumped in the car and drove off into the night to get some shots.  Much of the storm was still off to the east so I started at South Point Casino’s parking structure.  While I did get some shots, I didn’t get any keepers before the rain started and I had to retreat to the safety of my car.

Undaunted, I traveled east to a local restaurant which has one of the best views of the strip in town.  I rolled up to the northwest corner of their parking lot and found a pair of photographers already setup shooting.  I strolled up and sparked a conversation before getting out my gear.  I setup my timer and let it roll and continued my conversation.  We talked as we kept looking toward the strip hoping to catch some good lightning.  We were both excited when we both captured this.