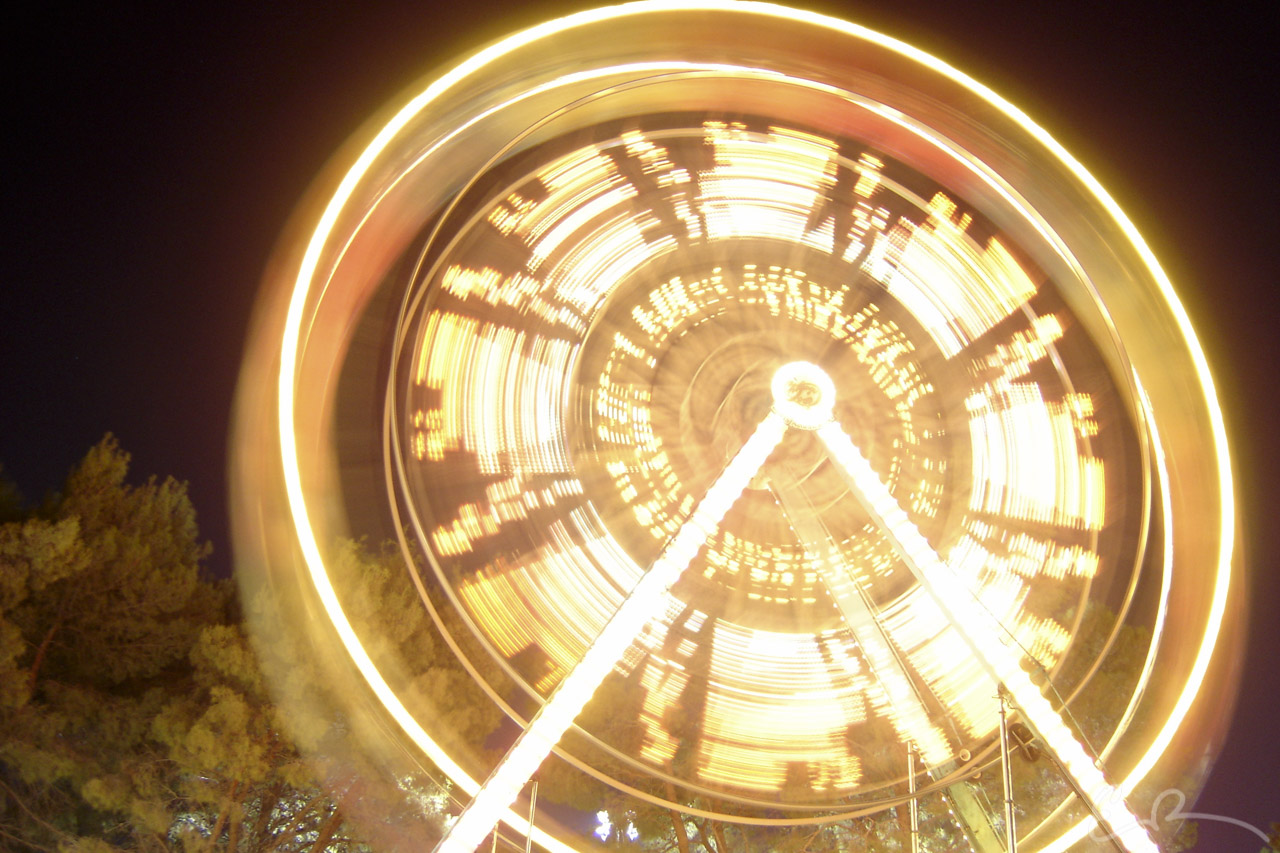 I’m starting this blog with some of my older images. This image was captured on September 22, 2006 @ 20:23 during a small carnival in North Las Vegas, NV.  It was the first time I ever played with the settings of a camera.  I captured several images similar to this one, but this one is my favorite.