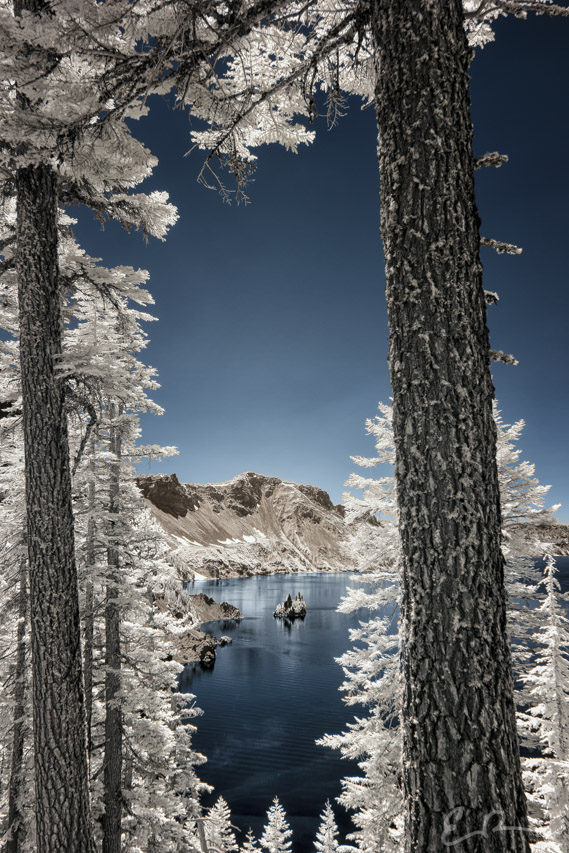 During our couple nights stay at Del Norte Coast Redwoods State Park, the wife and I took the couple hour drive over to Crater Lake National Park.  After a stop at the main visitor’s center and post office, to mail a postcard to the kiddo, we set off to explore Rim Drive.  Along the way we stopped at several pull outs to admire the scenery and allow me to take pictures.  We took our drive in the middle of the day so traditional photos were out of the question due to the harsh light.  With my infrared the harsh light was perfect.  I wish I had more time to spend at the park exploring and taking pictures.  The fact is we were pressed for time because we had a long drive back to camp and I didn’t want to be making it at night.

This shot is from Phantom Ship Overlook.  This shot is very different from my usual infrared photography.  Normally I don’t like performing the red/blue channel swap, but ,with the lake and skies being SO blue that day, I felt it was more appropriate to share the blue version versus the red.  If you think you’d prefer a red version, fear not I’ll be sharing a non-channel swapped version later.