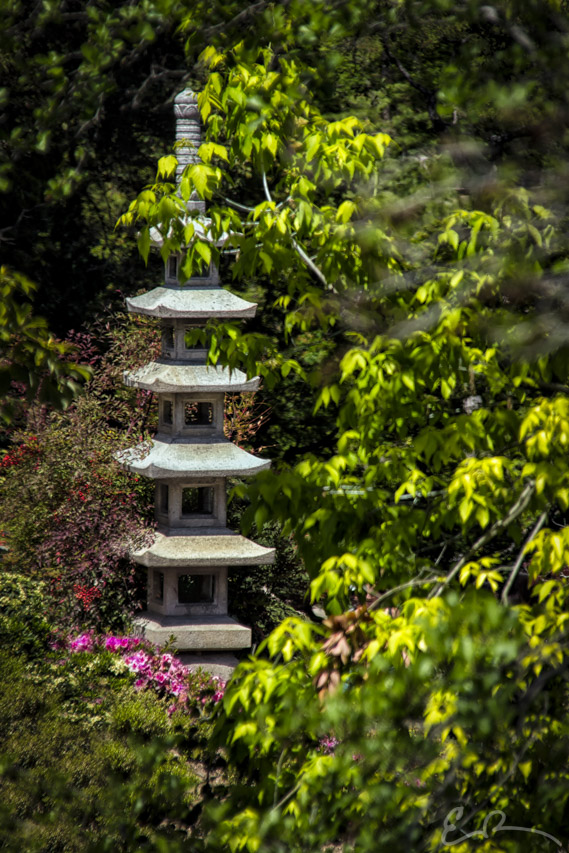 And I’m back from a brief intermission.  My apologies for not putting up something stating that I would be away a week.  I was out of town and away from my computer on Christmas Eve and just couldn’t get back into the posting rhythm.  Don’t fret I’m back and ready to move into 2013.

Another image taken at The Huntington Library this time in the Japanese Garden.  This statue is located in front of the “Japanese House” but that is not where this shot was taken.  I had crossed the Japanese Garden and was about to enter the Zen Garden when I noticed a woman sitting with a sketch book.  I looked down and saw her sketching the house along with the waterfall that was running nearby.  Looking up I saw this statue looking at me through the leaves and branches.  I took several shots of this and this particular one was the best of the bunch to start with.  I started by removing the hand rails near the bottom  of the original.  I also filled in the dirt in the planter area and replaced it with some cloned in green.  I then performed some contrast adjustments and some selective details enhancement, especially on the statue itself.  I finished it up with a decent amount of vignette.