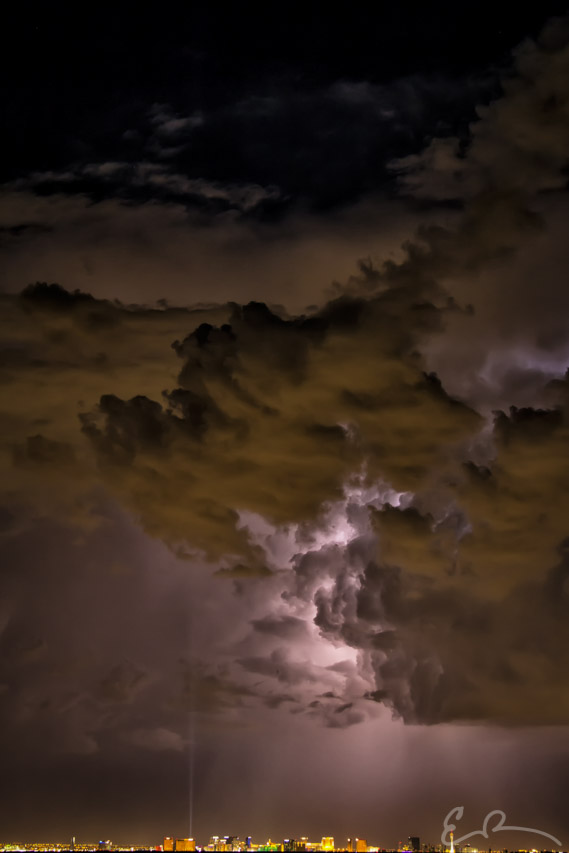 I really love monsoon season in Vegas.  A day can go from bright and sunny to dark and pouring rain and back again in a matter of minutes.  It’s not uncommon for inches of rain to fall in only hours.

I was in my office working on something when I started seeing flashes out of the corner of my eye.  I turned to look out the window and saw that there was lightning in the distance toward the strip.  I gathers up my gear, drove down the hill, and parked on the east side of an open lot (seen here).

Once parked I walked out into this open field and setup my tripod, camera and remote trigger.  I took several test shots to nail down the exposure and then set my remote trigger.  I was out enjoying the storm for over an hour and a half.  During that time I captured over 500 photos having varying amounts of lightning and different compositions.  Eventually, the storm moved off to the northeast.  This left me with nothing interesting opposite the lightning so I packed it all in and called it a night.

Some of the easier landmarks to make out are the light coming out the top of the Luxor on the left and the tall, skinny white tower on the right is the Stratosphere.