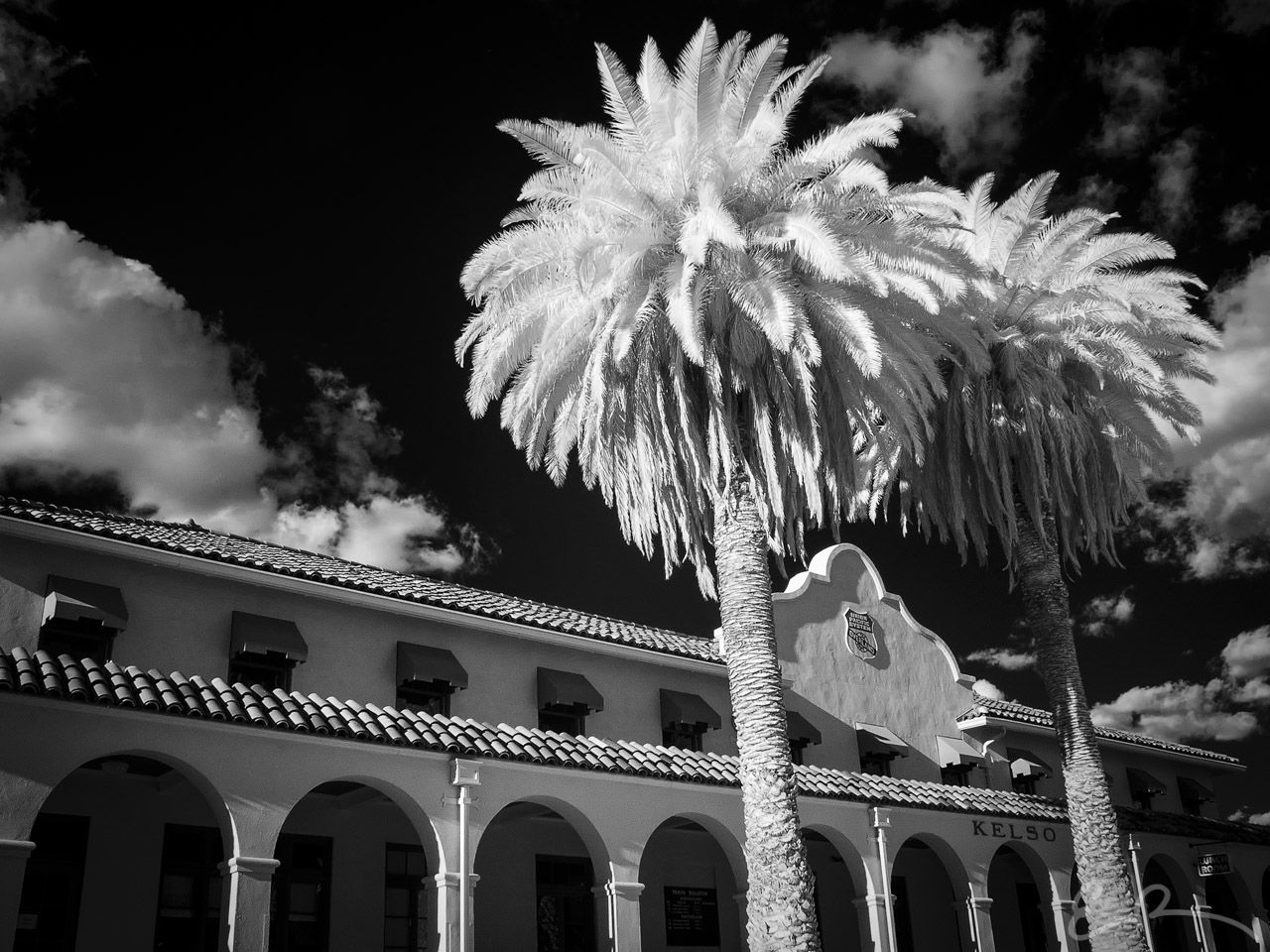 This is the last infrared from my trip to the Mojave National Preserve. Next week I’ll start in with my infrared shots from Washington D.C.

The old Kelso Depot is now considered the primary visitor’s center when visiting the Mojave National Preserve.  It is located in the heart of the preserve and once the home of a bustling train depot.  The train depot had long been abandoned and was scheduled for demolition when area locals banded together to save the structure.  Once saved the locals learned that restoring the structure would be prohibitively expensive to rehabilitate themselves so they turned to the local, state, and federal governments.  Before long the building was in the hands of the federal government and converted into the Mojave National Preserve visitor’s center.

The interior of the building has an old time diner on the first floor along with small exhibits that show what the rooms were like when the railroad was making heavy use of the depot.  The second floor has more historical displays regarding not only the history of the depot, but the entire Mojave National Preserve area as well.

The shot you see here is of the “front” of the depot that faces the tracks that pass by, which would be to the right of this photo.