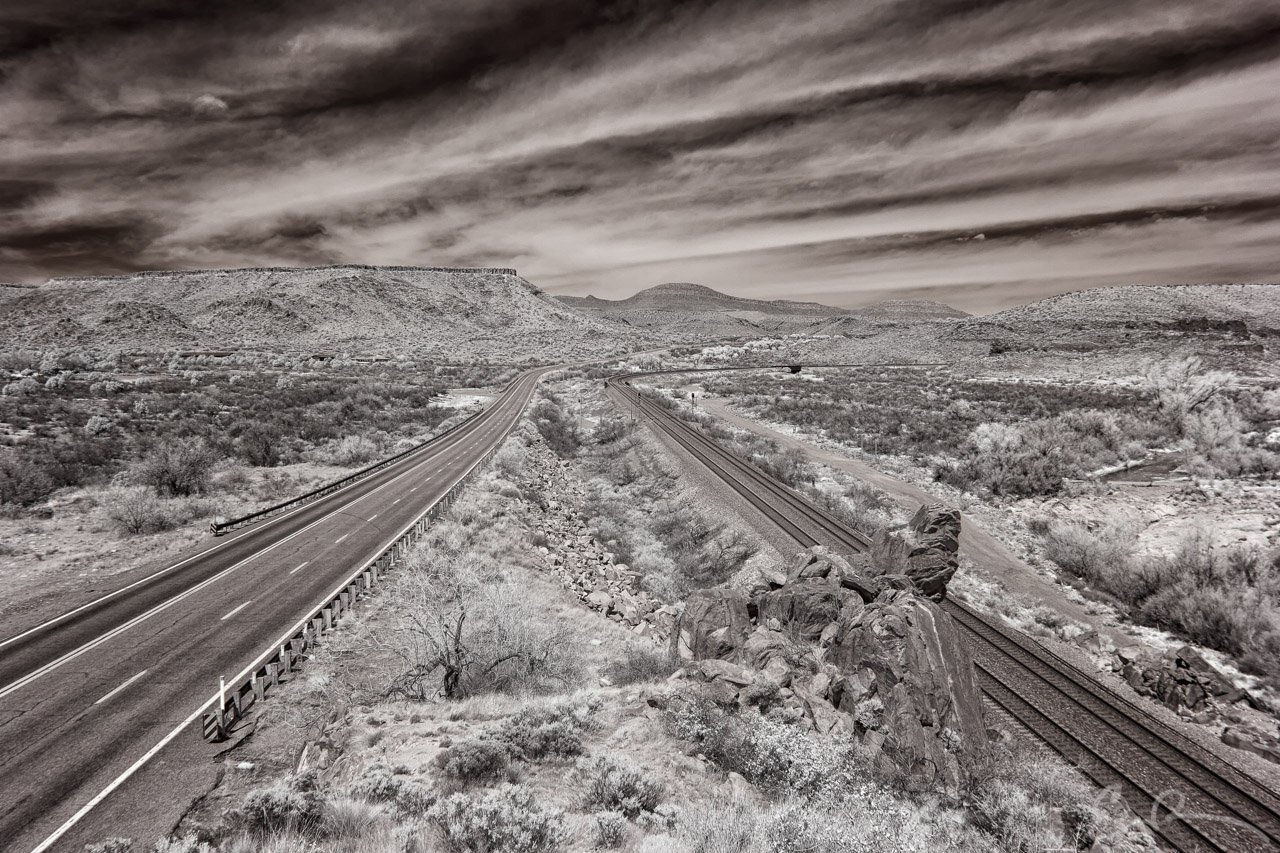 Final image from a stretch of Route 66 near Crozier, Arizona.

When I started this series, I mentioned that I was making a second attempt at a previous photo and this is it.  The last time I was at this spot it was much later in the afternoon.  This caused a very harsh shadow to be cast across the valley from the hilly terrain to the left of the frame.  At the time I bracketed several different exposures with the hope of merging them together in an HDR.  No matter how hard I tried I could not get the resulting image to turn out to my liking resulting at this second attempt.

I was really happy to have arrived and been blessed with such amazing patterns in the clouds.  I had feared that the clouds would come in thicker leaving me with a flat white sky.  Thankfully that wasn’t the case (map).