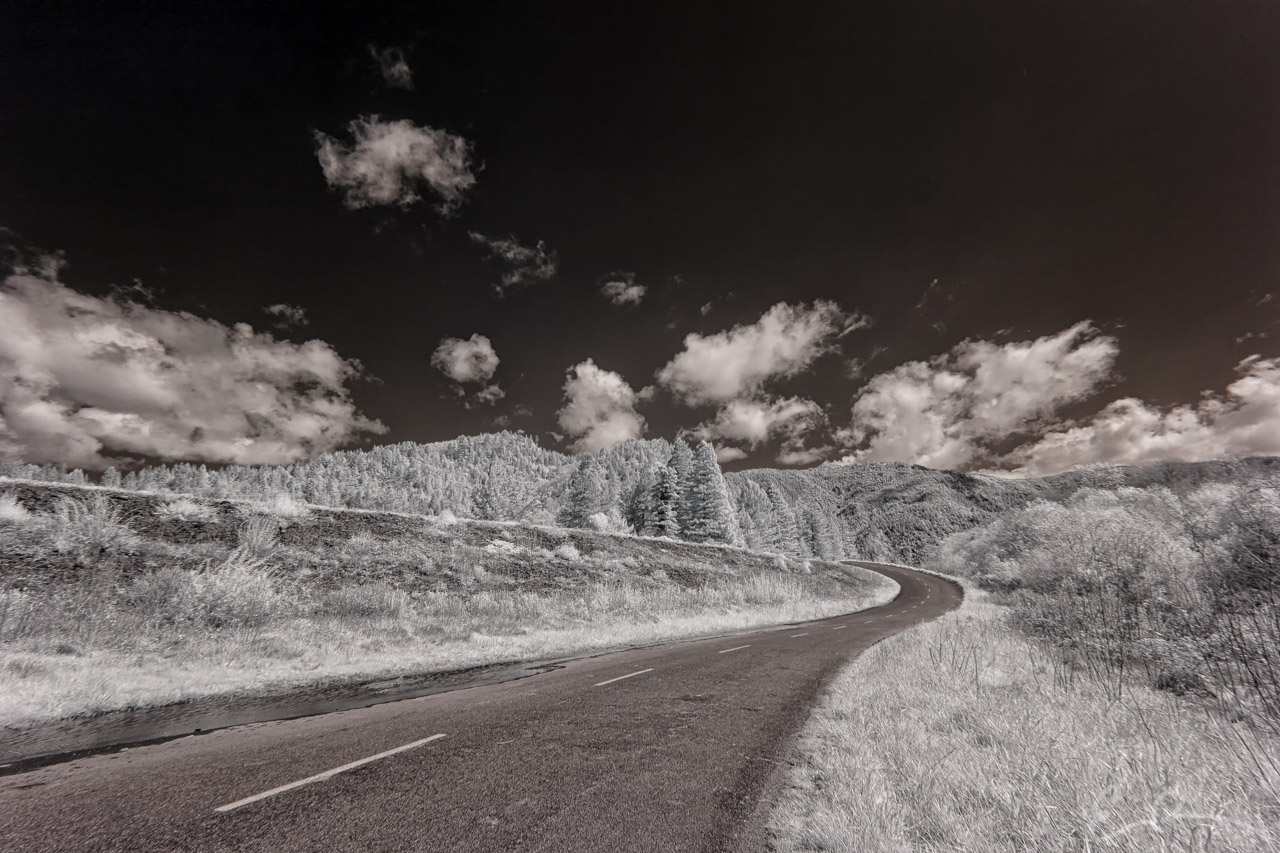 Having enjoyed a nice cruise along the coast and enjoying the ocean views, my daughter and I turned inland to explore some more interesting roads.  While cruising north along US-101, I had spotted a turn off for Klamath Glenn.  Intrigued I hit the blinker and veered off to explore.  I followed along CA-169 until it “officially” ended on the far side of the levee you see here and changes into Trinity Way.  This levee is in place to protect the small community of Klamath Glenn should the Klamath river flood.  Also to the left of this shot was the local airport named “Andy McBeth Airport” which, from the ground and the air, doesn’t look like much more than a runway (map).