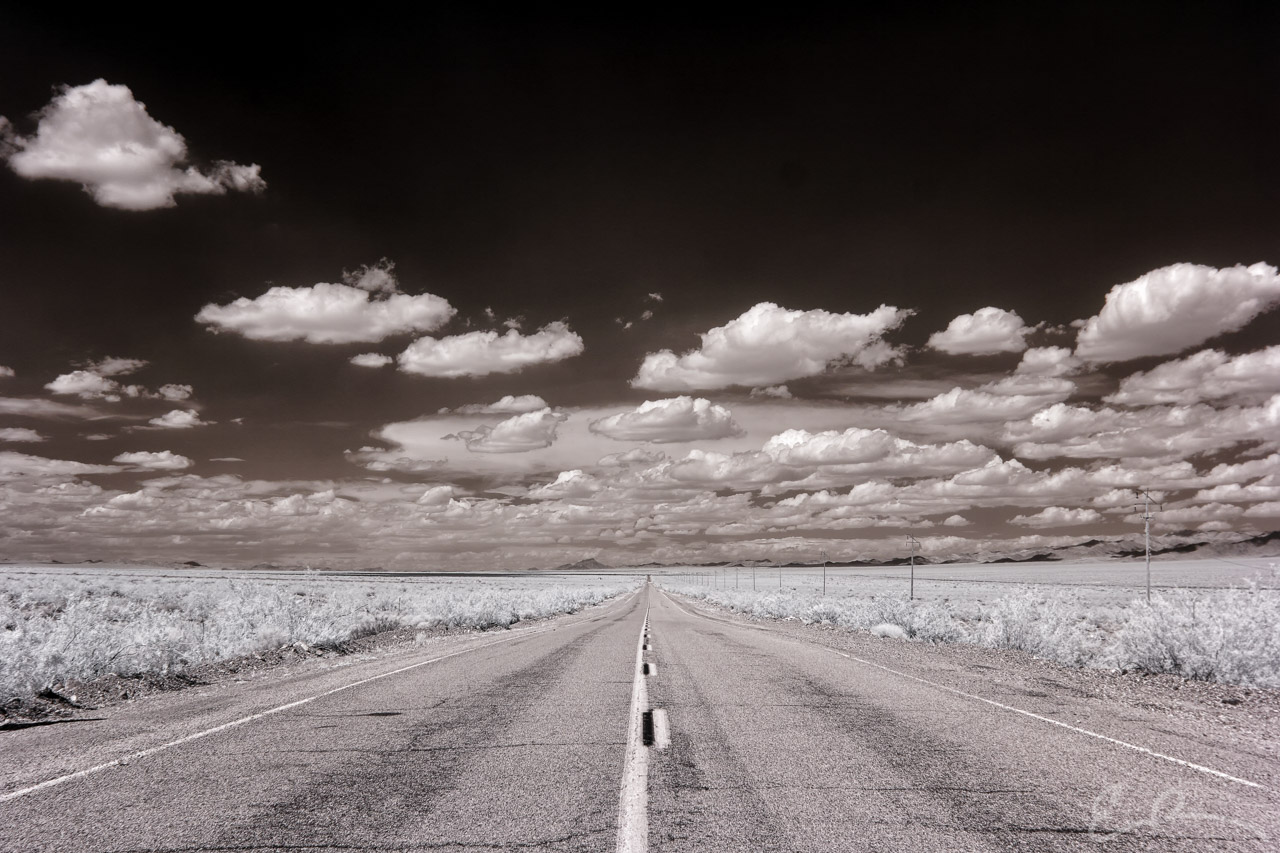 After I finished walking the grounds of Goffs and Goff’s General Store I hit the road and continued west on the pre-1931 alignment of Route 66 headings towards Fenner and eventually Essex. Both Goffs and Fenner were bypassed in 1931. Passing through Fenner and under Interstate 40, I eventually came to Essex and the intersection of Route 66 and National Old Trails Highway.

The National Old Trails Road was initially developed as cross desert motorists drove as close as possible to the Santa Fe Railway tracks, due to the presence of settlements along the line which made it easier to obtain supplies and help if needed. In 1914 the Automobile Club of Southern California began placing signs along the route from LA to Kansas City as well as producing maps to promote the roads use.

In 1926 the National Old Trails Road was officially designated as U.S. Highway 66 and paving through the desert was completed by 1931. As mentioned earlier, Route 66 was realigned several times eventually bypassing Fenner and Goffs. On June 29, 1956 President Dwight D. Eisenhower signed the Federal-Aid Highway Act of 1956, or more popularly known at the National Interstate and Defense Highway Act, which called for the construction of 41,000 miles of an Interstate Highway System, or simply the Interstate.

Construction of Interstate 40 came late in the history of the highway systems, beginning in the late 1960s and completed through the desert in 1973. I-40 didn’t exactly parallel U.S. 66 for much of its length in the Mojave, and the older highway retained its designation until 1985.

Once I arrived in Essex I was greeted with a most unfortunate sight. Signs and barriers were up saying the road was CLOSED! I sat in my car pondering what to do next. I looked all around and clearly saw where traffic had been driving past the barricades on each side. Being alone, and feeling adventurous, I decided to risk it. I put my car in drive, and slowly drove around the barricades on the shoulder and drove off into the desert.

Starting off, I was cautiously optimistic. I had absolutely no idea what to expect on the road ahead. The only time I had seen a highway closed like this in California was along Yermo Road east of Yermo. This section of Interstate 15 frontage road, and former section of US-91, had been closed and barricaded off in a similar fashion for years due to a bridge being washed out. Being in a similar environment, last thing I wanted was to go careening off a structurally compromised bridge at highway speeds.

Continuing west I passed through Essex and Danby, and gained confidence in the asphalt that ran under me. The confidence began to fade as I came to another set of barricades. I pulled over and examined the scene. It appeared the bridge which crossed a desert wash had been compromised and in desperate need of repair. I was crushed to have come this far and to be forced to turn back. I refused to accept this new reality and searched for a way to continue on.

As luck would have it I found a way! Construction crews working in the area had created dirt road bypasses around the damaged bridges allowing me to continue west. Last thing I wanted was to get stuck off road in desert sand, so, before driving each bypass, I would stop and walk its length to make sure that my small car would make it across. It wasn’t until Chambless that I would reach the final set of road closed signs indicating the end of the damaged section of highway.

I would later learn that 50 bridges had been washed out between Essex and Ludlow due to flooding in September 2014. By the time of my trip the bridges between Chambless and Ludlow had been repaired. In retrospect I’m glad I chose to go around those barricades near Essex. Doing so allowed me to have the entire stretch of highway to myself while taking all the time I wanted to photograph some of the most desolate stretches of Route 66.