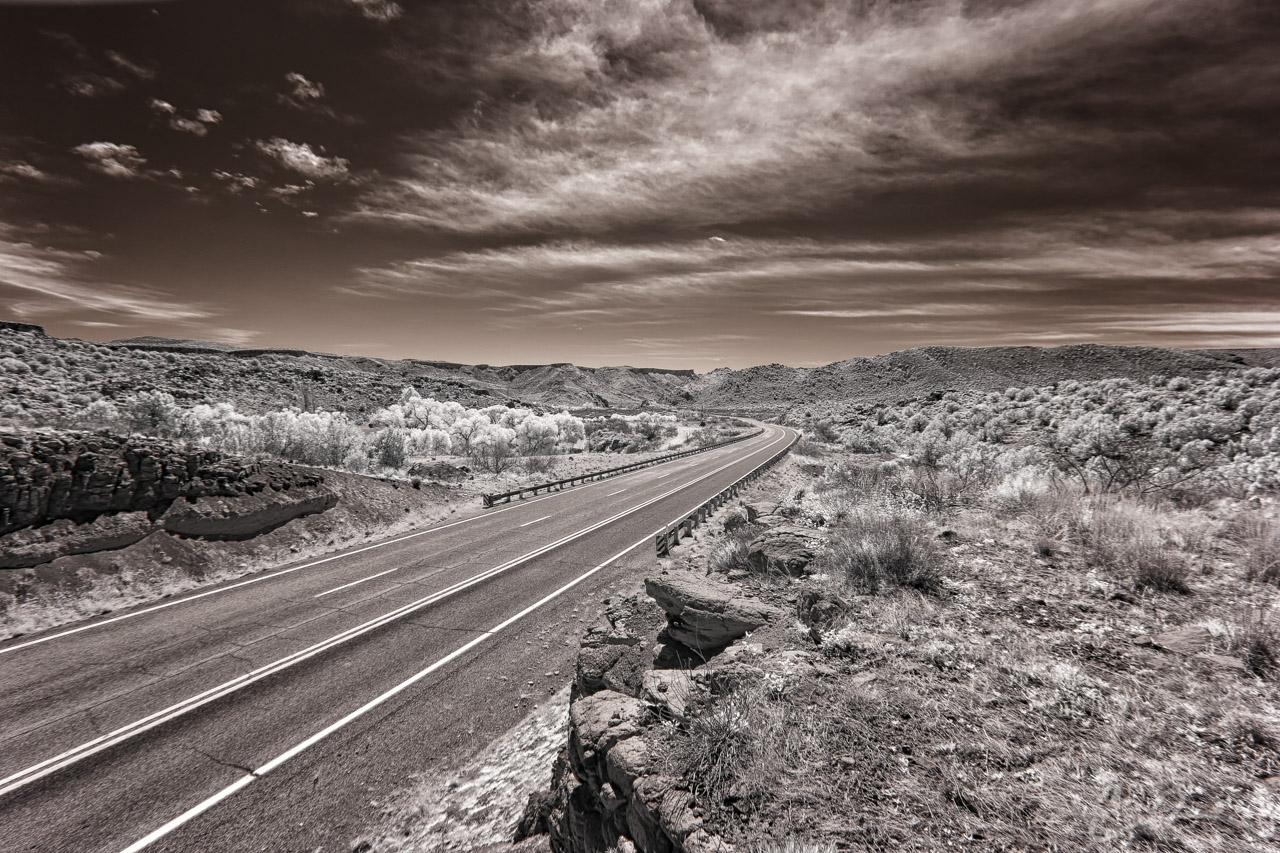 Having finally cleared Laughlin and Kingman, I continued east on Route 66, now signed as AZ-66.  My ultimate destination was a small community by the name of Crozier, Arizona.  I had passed through this area on a previous trip west bound and had stopped for a couple shots, but they didn’t turn out as I had hoped.  This was my chance to revisit the area and get something good.

This particular shot or location wasn’t the area I wanted to revisit but a few miles east.  The valley you see is one of the few stretches of Route 66 between Seligman and Kingman that has some interesting curves to it.  Near this spot there is an old bridge that was part of an old Route 66 alignment that is no longer in service.  Unfortunately, it is also now on private property, is signed as such, and inaccessible to the public.  Thankfully there are other bridges that are still able to be visited freely (map).